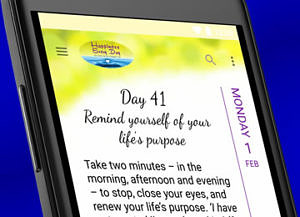 Once you’ve decided you need an app, the first stage is develop what functionality it will have. Not every idea has to be completely new. Take a look at Google Play, Apple App Store and the Amazon App Store to get an idea of what is possible.

Don’t be immediately put off that there’s an app similar to your idea with a million downloads. What could be improved about theirs. What extra feature would set you apart?

This is where you sketch out your ideas and develop your idea further. How will users interact with your content? What happens if a button is pressed.

The more detail you provide at this stage will ensure that the developer has a better understanding of how you want it to work. This will ensure that quotes for time and cost are accurate and that key features of your app idea are not missed.

A useful tool in this process is Prototyping on Paper. 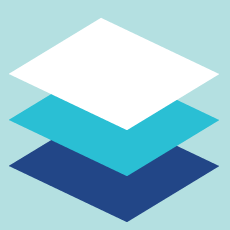 Once the functionality is defined the development team will take your feature list and sketches and develop them further into more detailed designs ready for the programmers to develop from.

If you are targeting more than one platform then there may be slight differences in how it appears on an Android or iOS device. There are different design patterns such as flat design on iOS and Material Design on Android to consider. Users will often reject an app that obviously uses iOS design guidelines on an Android device and vice versa.

Graphics, such as icons, splash screen and other assets can have an huge impact on the success or failure of your app.

Probably the most important step. You can never do enough testing of before you go live. Google and Apple both have options to send your app out to a group of testers. There are also some excellent third party tools such Beta by Crashlytics.

Once you have your idea developed, the next step is to upload it to an app store so that people can download it to their devices. Depending on which platform (Android/iOS etc) you choose there may be different costs involved. For Apple you will need to sign up to Apple’s iOS Developer Program at a cost of $99 per year.  Google Play is just a one off cost of $25.

For each platform you will need icons, graphics, screenshots as well as description to entice users to download it. Carefully check any rules for naming and use of copyrighted images within screenshots and graphics. Even if you are legally allowed to use text or graphics containing copyrighted materials within the app (e.g. from a news feed), there are rules on how that is displayed in your graphics and text on the store.

Before you get your idea developed you should take some time to think about how you will market it. There’s very little point spending money on app development if you don’t have any money left to tell people it exists.

The obvious free way is to use social media and encourage your users to tell their friends. However depending on the nature of your app you may need to boost the number of downloads through online ads. Research different ad networks carefully. Most will let you set budget caps so don’t get an unexpectedly high bill. Test different wording and graphics to see which has the most impact on downloads.