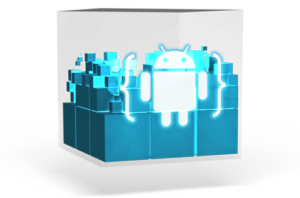 Not long ago I was talking with a iOS developer friend of mine who told me that he had looked into Android development, but the installation process was confusing. To get started on developing for Android you had to separately download and install the Android SDK, Eclipse IDE and the ADT. By comparison Xcode the development suite for writing iPhone and iPad apps is available as a single download in the Mac App Store. I suspect there maybe be a lot of people, especially those just starting with programming, that are confused by the installation process.

With the latest release of the Android SDK, Google has solved this with the ADT Bundle – an integrated IDE based on Eclipse, which provides you all you need to get started building your app with just one download. You can find it at http://developer.android.com/sdk/index.html

ADT 21 has a new template mechanism which cleans up the existing templates, adds several new templates and allows developers to create their own custom templates. There’s a nice collection at https://github.com/jgilfelt/android-adt-templates which include templates that use ActionBarSherlock so you have everything you need to quickly build backwards compatible Android apps that use the Holo theme.

Hopefully this should make it easier for new developers to get started.

Update:  The ADT Bundle is now available in 32 and 64 bit versions.

Think that I can help with your next project? Let’s talk!